GoVer is a powerful ROBLOX verification bot that allows you to link your ROBLOX Group ranks to discord roles and your users to their ROBLOX info.
Server Config
Channel Config
Other
Ranks
User Commands
Magic Roles
Roblox Groups
Server Config

!Nickname <on|off> - Set whether or not new users will be nicknamed to their Roblox name. Default on.

!NicknameFormat [format] - Set the nickname format, so you could have the nickname include their roblox id or discord name, for example. Available replacements are %USERNAME%, %USERID%, %SERVER%, %RANK%, %DISCORDNAME%, and %DISCORDID%. Example: %USERNAME% - (%USERID%). Default %USERNAME%.

!NicknameGroup [group_id] - The group ID to use for the %RANK% replacement in nicknames. This allows you to make your usernames look like this. Note that if your group rank name on Roblox.com starts with something in brackets like “[PVT] Private”, only the “[PVT]” will be used for the nickname. Otherwise, the entire rank name is used. Default null.

!AnnounceChannel [channel] - Set a channel that the bot will post a message to every time someone verifies. Default null.

!VerifyChannel [channel] - Set a channel that the bot will delete all messages in except for verification messages. Default null.

!CreateVerifyChannel Creates a channel category with verification instructions for new members and a channel for users to verify themselves.

!JoinDM <on|off> Set whether or not new users will be automatically direct messaged with verification instructions when joining this server. Default on.

!WelcomeMessage [welcome message] - Set the message the user gets when they verify. Will be sent in DMs unless they use !verify command. Available replacements are %USERNAME%, %USERID%, %SERVER%, %DISCORDNAME%, and %DISCORDID%. Default Welcome to %SERVER%, %USERNAME%!.

!UnbindAll - Removes all group bindings configured for this server.

!CreateGroupRanks <group_id> - Creates Discord roles from all of the roles in a given group, and then binds them to the group. (If a role already exists with a name matching a group rank, that role will be used instead of creating a new one.)

Magic roles are special role names that can give specific users in your server special power. There are no commands needed to use these, all you need to do is create a role in your server matching these exact names and assign them to users. These roles are checked for by name exactly, so if you create these roles on your server, ensure that they are spelled and capitalized exactly the same as they appear below.

Group bindings can be created to keep Discord roles up to date with Roblox group ranks. GoVer does not support or plan to support changing group ranks or shouts on Roblox.com, and you should be wary of any bots that offer this functionality, as this introduces a major security risk.

Group bindings can be created with the !Bind command.

Note: You need to put the Discord role name in quotation marks if it has spaces. If you don’t do this you will get unexpected results.

Virtual groups are a way to bind ranks using the group rank binding system for external services that need not be Roblox groups, such as the developer forum. Currently, these are available by default:

* indicates a heavily-cached resource that cannot be manually cleared. The cache will expire every two hours on the official version.

To create a role for all members of the dev forum in your server, use the following command:

To create a role for all members who own a specific asset, use the following command:

To create a role for all members who own at least one of two assets, use the following command:

To create a role for all members who are either in the DevForum, have OBC, or is in group 372372 as an owner:

If you want users’ group ranks to appear in their nickname, like “[PVT] evaera”, follow these steps: 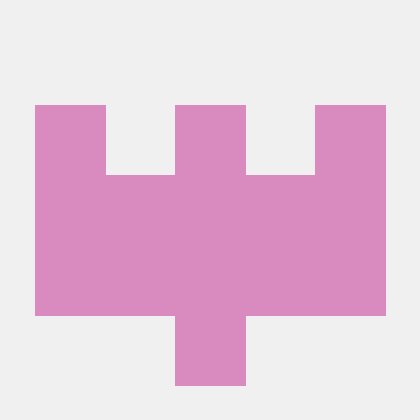